The rise of the Christmas jumper has either been joyous or unfortunate depending on which side you slide. It wasn’t long ago when Christmas jumpers were a fashion faux pas that drew sniggers and contempt for those that chose to adorn such habiliments, but now this attire has become a welcomed addition to the festive outfit.

Curiously, the Christmas jumper isn’t a modern innovation but a warm sweater that has origins back in 18th century Scandinavia. These jumpers were characterised by contrasting bands of geometric patterns, which are popular in today’s Fair Isle knits, distinguishing fishermen from different communities. The reason for this distinction is unknown, but it is thought that it could be to help identify the remains of those drowned at sea. 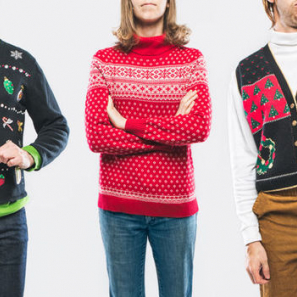 However, it wouldn’t be until the 20th century that the humble Christmas jumper would become global. Skiers would adorn the colourful sweaters, particularly with geometric patterns that resembled forest landscapes. Hollywood stars such as Clark Gable, Gary Cooper and Ingrid Bergman helped popularise the skiing lifestyle and, with it, the jumpers.

The growing popularity of 60s knitwear saw cardigans replace dresses and suits in Christmas advertising campaigns. These knitted pieces were considered elegant pieces that would last a life time. But that would soon change by the next decade with the most outlandish and garish Christmas jumpers, adorned with swathes of bright reds and greens, over sized snow men and reindeer motifs; they were considered hideous. 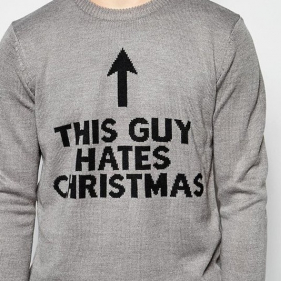 The Christmas jumper would suffer a popularity crisis for several decades, becoming the fashion faux pas many still consider it today. However, with a new century came new ideas, and this flamboyant knitwear would rise once more. Due to the British love of quirky and playful humour, the Christmas jumper quickly became a popular purchase once more, with celebrities leading the way in its sudden comeback.

This once stigmatised Christmas jumper is now an acceptable feature of anyone’s wardrobe. So before Christmas ends, get your favourite HiyaHiya needles out and knit the best one yet!