Hiyahiya S History Of Knitting Linen Of The Egyptians

The civilisation of Ancient Egypt was blessed by the Nile river, which left the soil rich enough to feed a large and complex society. One major crop that was grown was flax, which had the versatility to be used in various different tasks, including; fishing, farming, fashion, and funerary necessities. The crop provided the fibre for linen, a refined yet sturdy textile that accompanied an Egyptian throughout life and even after death.

Surviving fragments of linen have been found dating back to 5,000 B.C, indicating the Egyptians were using the fibre during the Neolithic era. Strong, quick to dry and cool to the skin, linen remained the central fiber in Egyptian life long after wool had become widely used by other cultures of the Mediterranean and Near East starting around 2000 B.C. 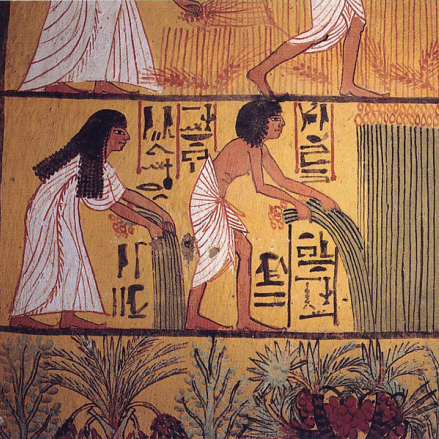 Green linen could be made from green flax, with green clothing becoming a status symbol because the colour was strongest when new. Much ancient Egyptian clothing consisted of fine-woven rectangular pieces draped over or wrapped around the body and often tied in front, as well as tunics, gowns and shirts both with and without sleeves. For Royalty, linen was stiffened by starch and then pleated, creating form-fitting garments.

It wasn’t just the living that wore linen but also the dead. The very wrappings of mummies themselves were linen strips, soaked in resins and preservatives. When the tomb of Pharaoh Ramses II was discovered in 1881, the wrappings were in a state of perfect preservation after more than 3,000 years. Indeed, the prosperity of the person could be measured by the linen used to preserve their bodies. 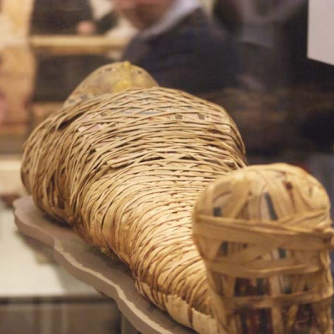 Today, linen is used much more in household items like dish cloths and bed sheets. However, due to its natural properties, it remains one of the most versatile materials with uses beyond its current popularity. Something the Ancient Egyptians utilised to its full extent.