The domestication of sheep happened soon after the domestication of the dog, a relationship that worked in perfect symmetry. It wouldn’t be long before selective breeding would result in different varieties of sheep, resulting in the famous Merino breed from Spain.

The Spanish Monarchy owned one of the finest flocks and tightly controlled access to the breed. Exporting Merino sheep was banned and punishment was a death sentence, ensuring the protectionist policy was adhered to. 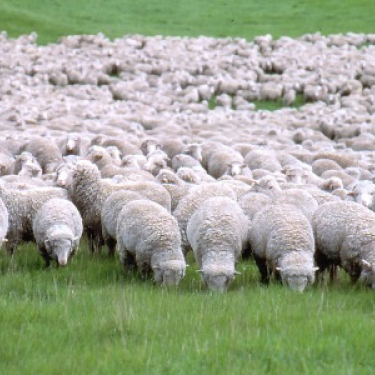 Captain Henry Waterhouse and Lieutenant William Kent brought the first flock of 26 Merinos from the Cape of Good Hope to Port Jackson in 1797. The sheep came from a flock originally given to Prince William of Orange in the Netherlands by King Carlos III of Spain. In 1789, the Prince had sent two rams and four ewes to the warmer Dutch colony at the Cape of Good Hope to be cared for by Colonel Robert Jacob Gordon. Gordon returned the original breeding animals in 1791 when ordered to do so by the Dutch government, but kept their offspring. Gordon’s wife inherited the sheep after his death, and sold them for £4 per head to Waterhouse and Kent.

The flock was segregated and only allowed to breed with each other. The flock would increase, and when Waterhouse returned to England in 1800, William Cox bought most of the flock from him, including several of the original sheep from the Cape. The remainder went to Macarthur. 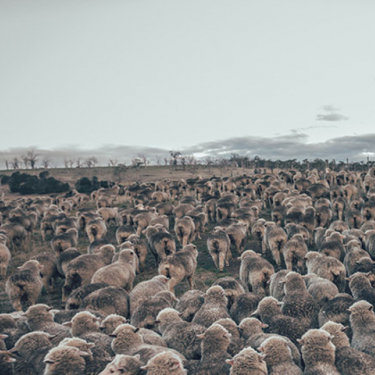 Macarthur established Elizabeth Farm at Parramatta after the Governor granted him 100 acres there in 1793. Appointed Paymaster of the NSW Corps and Inspector of Public Works, Macarthur controlled much of the colony’s resources and had unrestricted access to convict labour.

In 1807, Macarthus sent the first bale of Australian wool to England for sale. Auctioned at Garraway’s Coffee House in London, it sold for ten shillings four pence per pound. In 1813, Australia’s first commercial shipment of wool, from Elizabeth Farm, arrived in England valued at more than £8000, based on the previous sale price.

This would be the beginning of the lucrative trade in wool for Australia, which now produces 50% of the world’s Merino wool. While there’s still a struggle against synthetic fibres, the industry is still going steadily.