Metallic yarns, particularly gold and silver, have been used since ancient times as decoration for the clothing of kings and queens. These metallic fibres are considered the first artificial fibres, created thousands of years before nylon or rayon.

Historically, the metallic thread was constructed by wrapping a metal strip around a fibre core (cotton or silk), often in such a way as to reveal the colour of the fibre core to enhance the visual quality of the decoration. Ancient textiles and clothing woven from wholly or partly gold threads is sometimes referred to as ‘Cloth of Gold’. 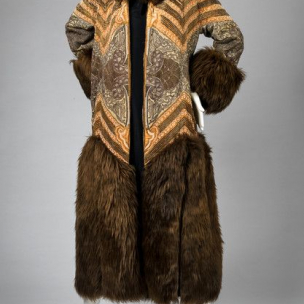 The Cloth of Gold would be mentioned on both Roman headstones for women and in the Book of Psalms as a fabric befitting a princess. The Ancient Greek reference to the Golden Fleece is seen by some as a reference to gold cloth. Cloth of gold has been popular for ecclesiastical use for many centuries. Under Henry VII of England, its use was reserved to royalty and higher levels of nobility. It is also used today by companies such as Charvet for neckwear.

Few extant examples have survived in Roman provincial tombs. Later producers of cloth of gold include the Byzantine Empire and Medieval Italian weavers, particularly in Genoa, Venice and Lucca. In the 14th century, cloth of gold made in China was called marramas.[4] A similar cloth of silver was also made. It is still made in India and Europe today. 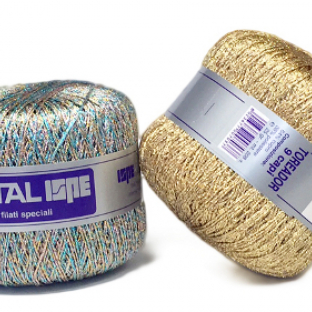 The use of metallic yarns would also flourish during the reign of Genghis Khan, creating a legacy across Central Asia. This can be seen today amongst the Bukhara people who use metallic fibres for floral embroidery in various clothing and accessories. Other countries in Central Asia, such as Uzbekistan and Kyrgyzstan, have a similar relationship with metallic yarns.

Today, metallic fibre is often used in electrical appliances as gold is one of the best conductors of electricity. Social norms changing, and along with it the fashion style, and as such, wearing gold clothing is perhaps a little overwhelming in today’s climate.