Cutting fabric into shapes and sewing the pieces together has been used to create garments since the eighteenth century.  From the 1970s companies researched more efficient technologies that produced a complete garment in one process without the need for sewing.

The 1970s saw the introduction of early computer-aided design (CAD) and computer-aided manufacturing (CAM) systems. This revolutionised the industry as CAD would allow designers to create product designs and transfer them to CAM to be manufactured. 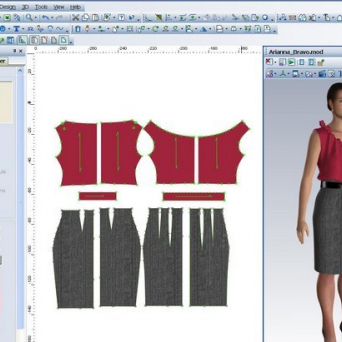 CAD/CAM technology replaced the mechanical shaping and patterning devices on machines with electronic controls.  This enabled companies to respond quickly to changes in demand.  New designs could be set up using CAD and instantly produced on the CAM machine, allowing new levels of flexibility never seen before.

The introduction of computerised technology enabled companies to work globally.  Fast communication systems have encouraged production to move away from the UK and into East Asia.  Designs produced in the UK can now be instantly transferred electronically across the world to low-cost producers. This led to the decrease in the textile industry in the UK as clothes could be produced much cheaper in Asia, leading to cheaper clothes. 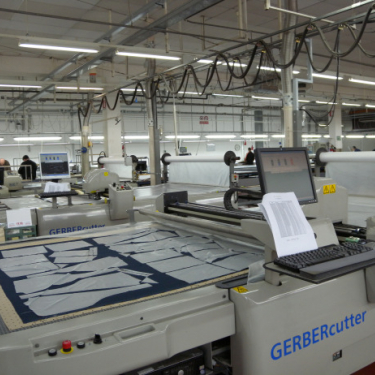 Computerisation began to industrialise poorer parts of the world, and corporations were soon moving industry away from richer countries to take advantage of lower wages. The textile industry in the UK, that was once the largest in the world, deteriorated rapidly, changing the landscape globally.