We’re all familiar with sheep and alpaca wool, but have you ever knitted with yarn from a camel?

As the Russian Civil War reached its end, the defeated Whites retreated to China where they were interned. However, China was heading into its own Civil War, and so the Russian internees were led across country using camel caravans. 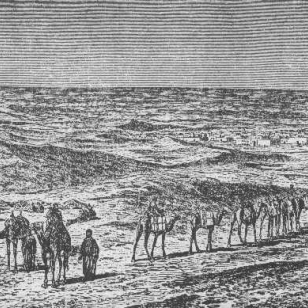 The Russians were skilled in knitting and taught the Chinese caravan men how to knit during these exceptionally long journeys, as they had a ready supply of fresh camel hair which was spun into yarn. Scholar Owen Lattimore wrote that he observed the travellers “knitting on the march; if they ran out of yarn, they would reach back to the first camel of the file they were leading, pluck a handful of hair from the neck, and roll it in their palms into the beginning of a length of yarn; a weight was attached to this, and given a twist to start it spinning, and the man went on feeding wool into the thread until he had spun enough yarn to continue his knitting.” 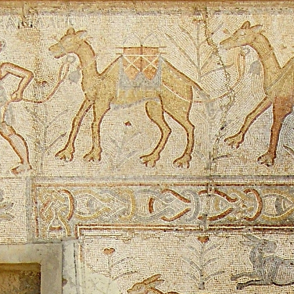 Being taught this skill meant that not only could the camel men knit socks for themselves, but they also produced knitwear which they sold along the way.