Hiyahiya S History Of Knitting Silk And The Empress

Silk was first developed in ancient China. The earliest examples of silk were found in the tombs of Jiahu, dating back 8,500 years. Silk fabric from 3630 BC was used as wrapping for the body of a child from a Yangshao culture site in Qingtaicun.

However, it was a Chinese empress that changed the popularity of silk. Originally, silks were reserved for the Emperors of China for their own use and gifts to others, but spread gradually through Chinese culture and trade both geographically and socially, and then to many regions of Asia. Empress Leizu was thought to have began the cultural shift by her invention of the silk loom. 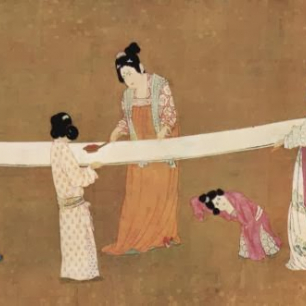 Many myths soon spread in regards to Empress Leizu and the discovery of silk. According to one account, a silkworm cocoon fell into her tea, and the heat unwrapped the silk until it stretched across her entire garden. When the silk ran out, she saw a small cocoon and realized that this cocoon was the source of the silk. She is a popular object of worship in modern China, with the title of ‘Silkworm Mother’.

The Emperors of China strove to keep knowledge of sericulture secret to maintain the Chinese monopoly. Nonetheless sericulture reached Korea with technological aid from China around 200 BC, the ancient Kingdom of Khotanby AD 50, and India by AD 140. Silk soon became one of the most lucrative industries, with high demands across Eurasia. 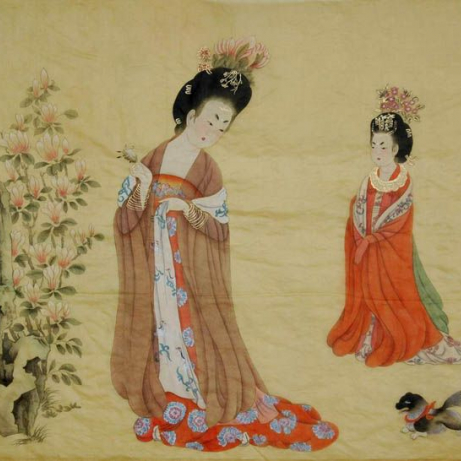