You might know what the Monmouth Cap looks like, or even how to knit one, but did you know they became so popular in the 15th and 16th centuries that it led to a Parliamentary Act banning residents of England from wearing foreign-made caps?

The Monmouth Cap originated in the town of Monmouth, Wales, just south of Archenfield which was known for its high-quality wool. The caps were knitted by (mostly male) hand knitters, and ‘Capper’ became a common surname in the region. Many sources state that following an outbreak of the Plague in Monmouth, the cappers trade moved to Worcestershire which fuelled their popularity in England. They became essential equipment for sailors, soldiers and labourers, and according to one source, were “worn by a large portion of the population of England and Wales.” 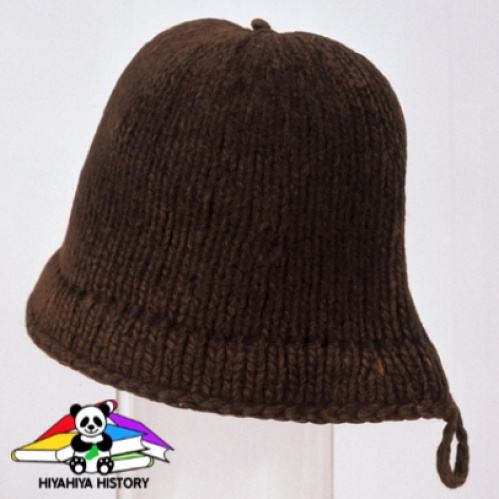 The traditional caps became so distinguished that the Cappers Act of 1488 forbade citizens from wearing foreign-made caps which was punishable by a fine. Almost 100 years later, in 1571, a further Act of Parliament made by Queen Elizabeth I stated:

Every person above the age of six (excepting “Maids, ladies, gentlewomen, noble personages, and every Lord, knight and gentleman of twenty marks land”) residing in any of the cities, towns, villages or hamlets of England, must wear, on Sundays and holidays (except when travelling), “a cap of wool, thicked and dressed in England, made within this realm, and only dressed and finished by some of the trade of cappers, upon pain to forfeit for every day of not wearing 3s. 4d.”

This Act was introduced because new forms of head wear were making the way to the nation, and the popularity of the Monmouth Cap was being challenged. However, it was repealed in 1597 as ‘unworkable’.
As time passed, the caps were increasingly being made outside Monmouth, and the term Monmouth Cap was used to describe the same style of hat made anywhere. Their popularity finally began to decrease and there are seldom Monmouth Caps seen today. Thousands of genuine Monmouth Caps were created, but the ease at which the knitting could unravel means that few from the era survived. The crown of the cap was made by decreasing the number of stitches in each row until just 6 stitches remained, and adding a button on top.

Do you think it’s time to bring the once so beloved style of hat back? If your answer is yes, follow this pattern by Colleen Humphreys on Ravelry!
https://www.ravelry.com/patterns/library/monmouth-cap-the-details-matter

Do you know of any knitting stories HiyaHiya Europe should research and write about in an upcoming history post? Let us know in the comments below.